The Simics simulator is the functional virtual platform technology used in Intel® Integrated Simulation Infrastructure with Modeling (Intel® ISIM). The Simics simulator has been designed to let virtual platforms run target binaries in a fast, deterministic, and controllable way. This provides an ideal environment for early software development and debugging, analysis, tracing, and instrumentation of software running on the platform.

Here is an interesting article for further reading about Simics: Simics® 6 A Deeper Look at How Software Uses Hardware

In this guide, we will focus on how to boot up on Simics Quick-Start Platform (QSP).
The QSP is a simple model of a standard PC, and is part of the Simics base product.

Please head over to this link to understand and setup Simics® Simulator:

Please refer to the guide bwlow to get your Simics Simulator setting up!

Simics® Simulator Installation and Get Started

Here is a snapshot of Simics Simulator after setting up: 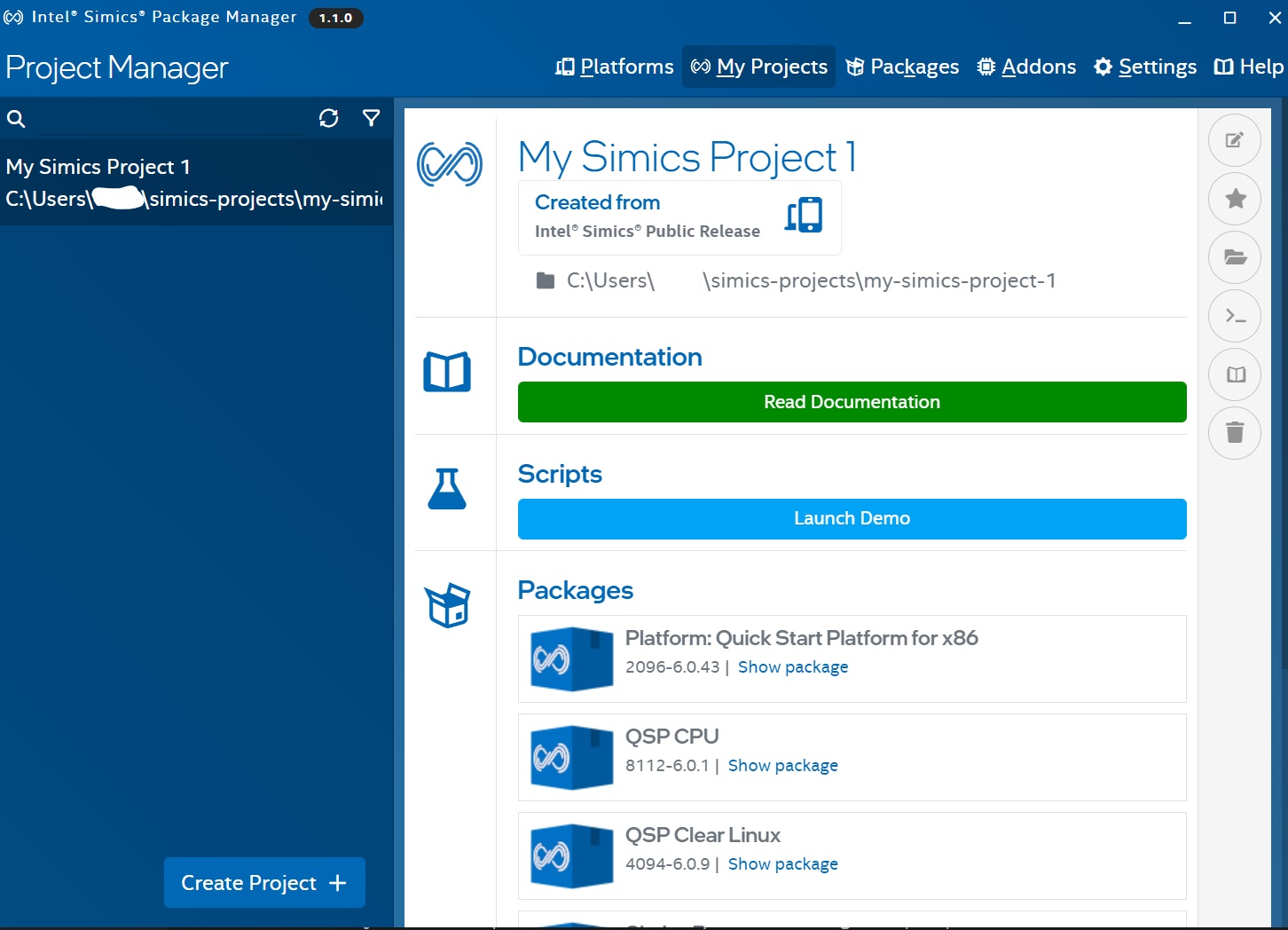 Time to get ready with SBL!

Before trying on SBL, you are strongly recommended to at least go through the Tutorial section in Simics Simulator to get yourself familiarized with it.

To build SBL for Simics QSP (it is the same image as QEMU, SBL will auto detect the platform at runtime):

The output images are generated under Outputs/qemu/SlimBootloader.bin directory.

QSP SBL does not require stitching the SBL into an IFWI.

Boot to Shell on QSP Simics¶

Start Simics Simulator. You should be able to see the Simics Control Panel pop up:

A graphics console and a serial console will pop up: 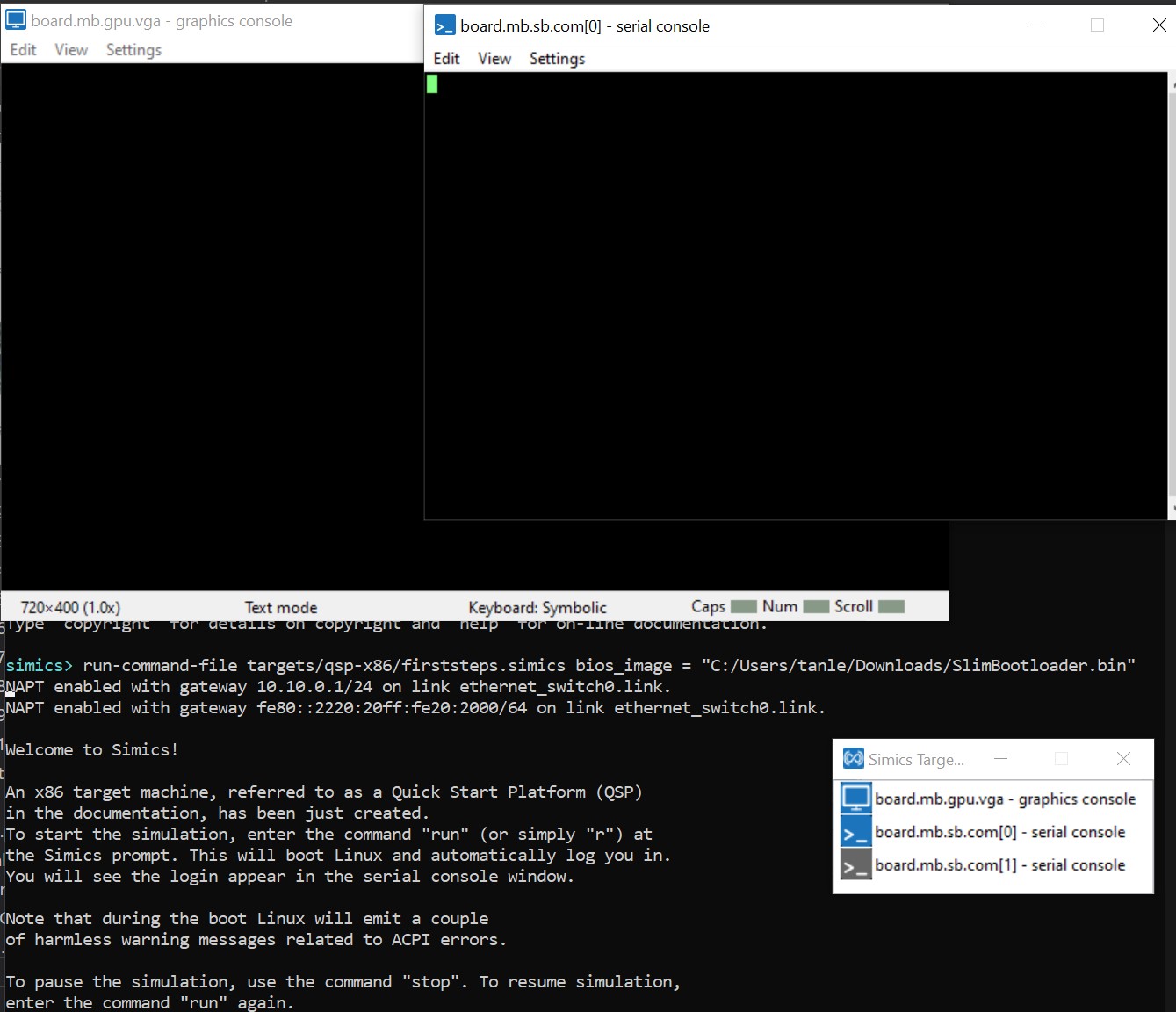 Then ‘turn on’ the platform: 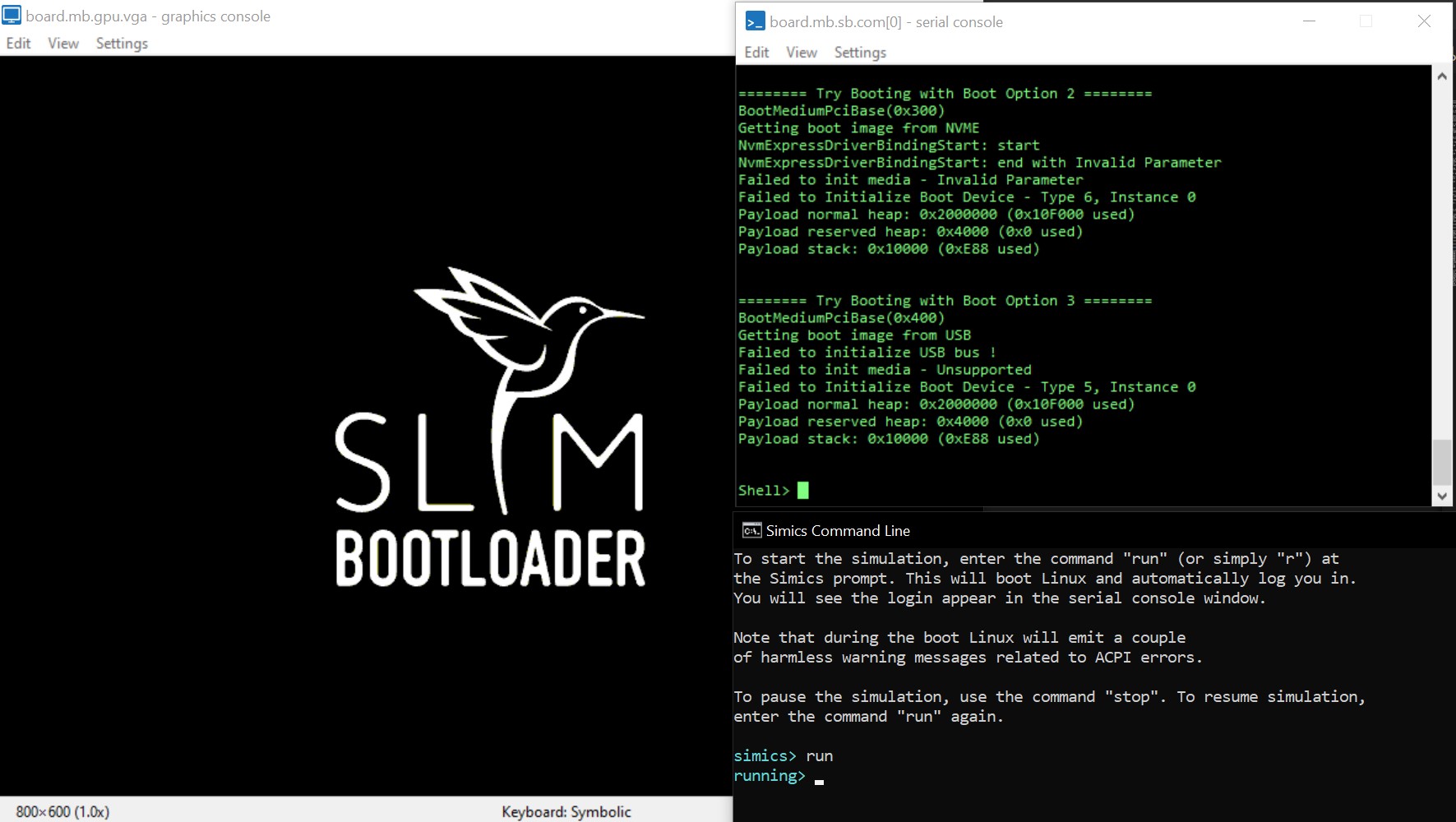 A snapshot of Console outputs: